This website is here to share information about my genealogy research. My passion is family history research and sharing that history. I love the “hunt” and the detective work it entails. I’ve visited many large and small-town archives, libraries, and courthouses over the years, to try to document my family and their history. I’ve corresponded with a lot of new-found cousins along the way, and that is by far the most gratifying of all.

All of these webpages were created by me, Elaine Hatfield Powell, aka The Heritage Lady.

On these various surname webpages, I have so far only been able to share some of the information that I have gathered over the last 30+ years while researching my family. I have stacks of documents and information to add, and I will add those as time permits.

I love teaching others how to research their family history and to document that history in their scrapbooks, website, and family stories. I also teach a number of classes on various aspects of genealogy research as well as photo and document identification and preservation. Click on the Classes tab at the top to view my list of program topics.

I am a member of the Association of Professional Genealogists.  I am most proud that I have been accepted as a member of the Jamestowne Society. I sincerely thank my cousin Sandy Boyd for assisting me with documentation for my application. We both became members under our ancestor Thomas Dew (c. 1600 – c. 1691), who was the 7th Speaker of the House of Burgesses.

I am also a member of the Daughters of the American Colonists under my ancestor John Cotton. I am also in the Society of Indiana Pioneers under my ancestor Jacob Hatfield, and in First Families of St. Louis under Frederick Wirtz. My DAR Patriot is Robert Hobday. I am currently working on my application for Order of First Families of North Carolina, National Society Colonial Dames XVII Century, and Daughters of Union Veterans of the Civil War 1861-1865.

I love honoring my ancestors by preserving their lineage and history in these various lineage societies.

If you find a family connection, have a question, or would like me to present a program or teach a class to a group, please contact me — Elaine Hatfield Powell, by commenting on this post or email me at [email protected]. 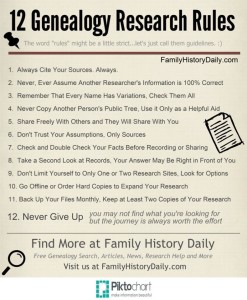 31 thoughts on “Welcome To My Genealogy World!”