Martha A. (Short) Warren is my great grandmother. She lived such a short life and I thought it would be nice to honor her and her family on this website. Thankfully I have this wonderful photo of her with her long hair and it is one of my favorite family photos.

I am not sure where Martha was born. Several trees on Ancestry show Greene County, Illinois, but there is no proof of that. However, her birthplace is listed as Missouri on the 1880 census — the ONLY census that she ever appeared on. So I am assuming (until I find proof otherwise) that she was born in Missouri. Her father, James Jefferson Short was on the census of 1850 in Georgia, and by 1860 he was in St. Francois County, Missouri. He served in the Civil War in the 33rd Regiment Missouri Infantry.

Martha is only on one census — the 1880 census of Pendleton, St. Francois Co., MO with her sister, Leticia “Tishie” E. Short living in the household of her stepbrother, William J. Crawford. (Martha’s mother Purlizea Murray married William E. Crawford first and after William died in 1863, Martha married James Jefferson Short.) 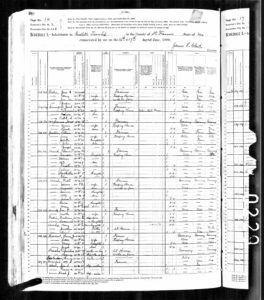 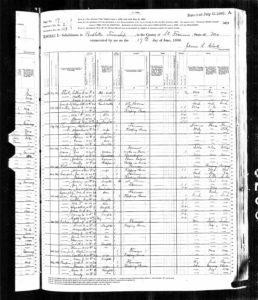 Notice it says the head of household (William Isom Crawford) was only 18 years old, a farmer. In his household were his step-siblings, aged 3 – 13, along with his grandmother Elizabeth Crawford. I’m sure that Elizabeth was really the head of that household, as she was a 64 year-old grandmother.

Martha Short’s aunt (her mother’s sister) is Leticia Berry, wife of Tom Berry, who was a Christian Preacher. I often heard my dad and grandma talk about them.

My grandmother Catherine (Warren) Hatfield Rieker (I called her “Gram”) told me that her mother Martha (Short) Warren died when Gram was only four years old. Martha died a little over a month after the birth of her 3rd child, Samuel Everett Warren. She could have died from complications of childbirth; however, that is not certain since there is no death certificate to validate that. So after Martha died, Alex took his three young children and moved in with his parents (Samuel Francis Warren and Evaline Hobdy) so that his mother could help raise his young children. His mother, Evaline Warren raised my grandma and her brothers and my grandmother lived with her father and grandparents until she married Ora Hatfield in 1917. 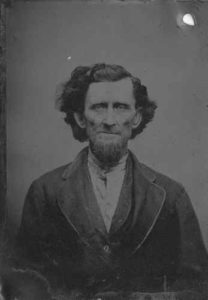 Martha’s father was James Jefferson Short. He was born in St. Francois County, Missouri in 1844.

I have found many Civil War muster documents for James J. Short. He was a Private in Company C, 33rd Regiment, Missouri Infantry. He joined Company C on Dec. 19, 1862 at Rolla, Missouri when he was 18 years old. 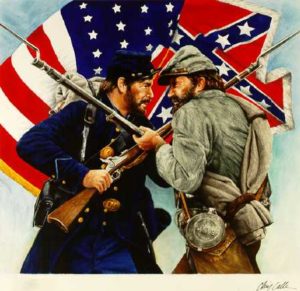 From Aug. 30 to Oct. 31, 1862 he was in the Rolla (Missouri) Hospital for wounds received. He had been sent there by Major Atkinson from Camp Fisk. 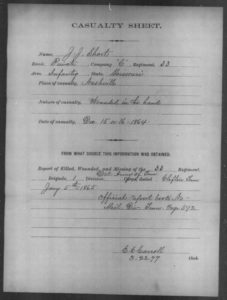 James was later wounded and the Casualty Sheet of the Wounded (above) states that he was wounded as a volunteer at the Battle of Nashville Dec. 15 & 16, 1864.

The Battle of Nashville was a two-day battle in the Franklin-Nashville Campaign that represented the end of large-scale fighting west of the coastal states in the American Civil War. It was fought at Nashville, Tennessee, on December 15–16, 1864, between the Confederate Army of Tennessee under Lieutenant General John Bell Hood and Federal forces under Major GeneralGeorge H. Thomas. In one of the largest victories achieved by the Union Armyduring the war, Thomas attacked and routed Hood’s army, largely destroying it as an effective fighting force.

James mustered out at Briton Barracks in Missouri and his last clothing account was settled on Oct. 31, 1864.

After the war James returned to St. Francois, Missouri where he married Purliza Catherine (Murray) Crawford on March 11, 1866.

She was the widow of William E. Crawford, who was in the Civil War. He died during the war. Purliza and William had one son named William Isom Crawford. After Purliza and James were married James became the legal guardian for William I. Crawford, his step-son.

James died sometime by May of 1878 because his probate was recorded on May 13, 1878 leaving a widow and seven children under the age of 11.

Below is an outline descendant report for John Short, the father of James Jefferson Short.

If you are related to this SHORT family or have any information to share or corrections to make, please contact me, Elaine Powell, at [email protected]

You can find my whole tree on Ancestry.com, called the Hatfield-Whitelaw/Powell-Knight tree.